Hundreds of years from now, Earth's military is at war against a race of giant insect-like aliens. Earth is governed by the Federation, a parliamentary system of government. Only citizens have the right to vote or hold public office. In order to gain citizenship, civilians must provide public service, such as military service.

Against his parents' wishes, a privileged teenager signs up for military service with his friends, but is placed separately – in the Mobile Infantry.

Starship Troopers began as a novel written by Robert A. Heinlein in 1959. The book was notable for its controversial view of warfare and suffrage, and it is considered a classic of science-fiction literature.

It has since had various adaptations. In 1988, a Japanese animated series was released, consisting of six episodes. In 1997, a film adaptation was released; despite its poor performance at the box office, it's become a cult classic, and it's continued the series with multiple live-action and CGI film sequels, and has inspired a role-playing game and numerous computer and board games. In 1999, a CGI-animated television series titled Roughnecks: Starship Troopers Chronicles was released, following the exploits of the Mobile Infantry squad "Razak's Roughnecks" during the SICON-Arachnid war.

A new live-action reboot is reportedly in the works. 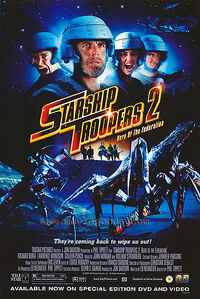 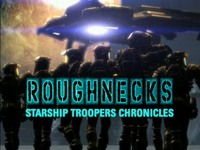 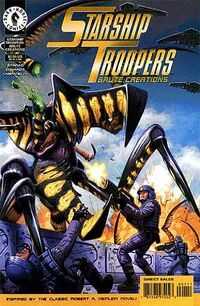 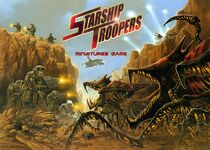 Starship Troopers 2: Hero of the Federation
2004 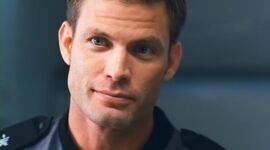 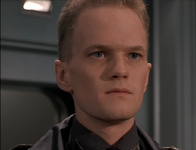 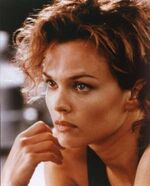 WOULD YOU LIKE TO KNOW MORE?
Join up now! Do your part! Service GUARANTEES citizenship!
About the wiki

Join up now! Do your part! Service GUARANTEES citizenship!